Hey, know this is what you have been waiting for and the same time asking to know much more about…yes Samsung has finally unveiled its galaxy s20 which you have been waiting for to see, to feel and to use!! And from the reliable leaks we have got about the galaxy unpacked event, it really sound nice that Samsung is going to be offering the biggest upgrade to its flagship smart phones lineup in years.

In this new release from Samsung, be rest assured that you will be expecting three main models of this smart phone. The Galaxy S20 6.2-inch, the Galaxy S20 plus 6.7-inch and the Galaxy S20 ultra 6.9-inch respectively. These three series phones will have superb cameras, the S20 and S20 Plus expected to sport a new 64MP sensor, while the S20 Ultra should get a whopping 108MP camera. What else again!!  The Ultra should offer a 100x Space Zoom (digital) and 5G standard. Waw that’s a big shot bro.

Be informed that, you will be able to get the 5G network on the regular galaxy s20 and as well s20 plus, but likely as pricier variants of those phones. The new display technology 120Hz should grace all the new galaxy s20 smart phones too. Those are just some of the major new features coming your way.

How the Galaxy S20 name came about

Well Samsung mobile is apparently not been convinced by these logic anyway. A report in the month of December 2019 hinted that a new name is on its way, and some recent rumblings from the Korean outlet claimed that Samsung has brainstorm with partners to tell them that the Galaxy S model introduced in February will be called the Galaxy S20.

I think the chief reason for the switch is that the first Galaxy S phone released in the year 2010, so Samsung is flipping the number as we then enter the year 2020 (and this also signifies that the S20 is numerically greater than the IPhone 12)

Right from the smallest which is the 6.4 inches galaxy S20 through the bigger devices which are the 6.7 and the 6.9 sizes. All of these smart phones would be significantly larger than the galaxy S10 lineup at 5.8, 6.1 and 6.4 inches, respectively. (in other words, the rumored Ultra moniker for the biggest phones is a pretty babe; in January, Korea’s Ajunews reported that the 6.9-inch phone would gain the Ultra name.)

And as for the resolution, all the phones will be tall and narrow and this implies that all three S20 versions or series phone will have a resolution of 3200 x 1440. That works out as a Quad HD display with an aspect ratio of 20:9.

SEE HOW TO: Buy Airtime/Credit Directly From Your Bank Account Here

the display glass on the S20+ 5G is remarkably flat compared to previous Samsung phones, so those steeply curved edges might just be a thing of the past.

The norm of other smart phones companies to have successfully achieved a bazel-free look with the aid of a pop-up cameras, Samsung electronics and some other companies are really working hard on embedding the camera sensor underneath the phone screen. Well, it looks like the Galaxy S20 will still have to make do with a cutout like the Galaxy Note 10.

Haven known that the samsung galaxy S20 could have four to five lenses on the rear, do prepare yourself for a prominent camera array. Spy shots and renders alike, have illustrated Samsung’s next-gen flagship will feature a massive, elongated camera patch; less square like the iPhone 11 Pro’s or Pixel 4’s, and more rectangular to house that mess of optics.

the Samsung Camera app code has a 108MP photo mode. Max Weinbach found out that the latest version of the camera software in the One UI 2.0 beta — Samsung’s flavor of Android 10 — contains support for 12000×9000 pixel images. In other words: 108 megapixels.

SEE HOW YOU CAN CHECK YOUR: BVN Online | Check All Banks & Networks Here

According to Max Weinbach on Twitter, the S20 Ultra (the top-specked version), there will be 128GB, 256GB or 512GB storage, and either 12GB or a staggering 16GB RAM backing it up. Plus Weinbach also claims there is the option for SD card expansion of up to another terabyte.

It’s almost a given that a phone will have a greater battery capacity than the model that preceded it, but the S20 series may be seeing a big jump in this area. According to a leak published by Ice Universe, even the smallest could have a battery capacity as high as 4,000mAh, a jump of 900mAh over the S10e. This leads Ice Universe to suggest that the S20 Ultra, the assumed largest version of the S20 series, could have up to a 5,000mAh battery.

That is all the information we got for you now reagarding to the samsung galaxy s20 smart phones,

i hope this publication was helpful to you, if your answer is yes please kindly use the comment box be;low to share your views and comment 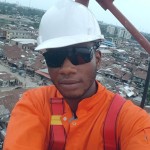 ANDY BELLO is a Researcher, Writer and a trained Engineer. he’s a blogger and editor of www.jobtech.com.ng with over 3 years experience. He is a Google certified marketer. You may want to reach him via jobtech.com.ng@gmail.com for Jobtech Journal related inquiries only.